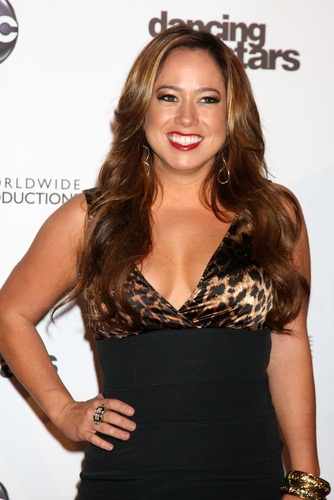 Sabrina Bryan is an American singer, songwriter, actress, author, fashion designer, choreographer, dancer, and television personality. She was a member of the pop group The Cheetah Girls, along with Adrienne Bailon and Kiely Williams.

Her father, Alfred, is of Mexican/Spanish descent. Her mother, Kathy, is of German and Cherokee descent. Sabrina is married to Jordan Lundberg, with whom she has a daughter.

Sabrina’s paternal grandmother was Armida Garcia (the daughter of Guadalupe Garcia and Adela Bracamonte). Armida was born in California, to a Mexican father and a mother who was born in Arizona, to Mexican parents. Adela was the daughter of Esteban/Stephen Bracamonte and Carmen Duarte.