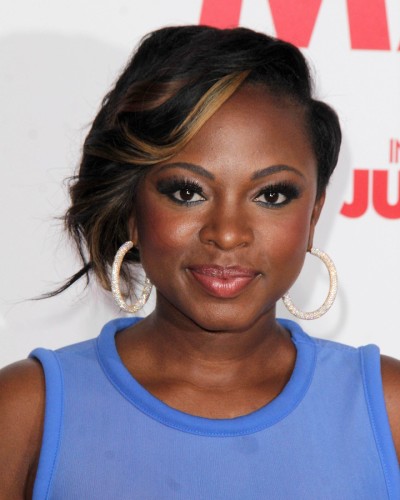 Naughton in 2014, photo by kathclick/Bigstock.com

Naturi Naughton is an American actress, singer, and songwriter. She was an original member of girl group 3LW, along with Adrienne Bailon and Kiely Williams. She is known for her roles in the films The Playboy Club, Fame, and Notorious.

Naturi is the daughter of Brenda and Ezra Naughton. A picture of Naturi and her parents can be seen here.

Naturi has a daughter with her partner Ben.

Naturi’s paternal grandfather was The Rev. Ezra Audain Naughton (the son of James Eleazar/Eleazer Naughton and Mary Evelyn Hall). The Rev. Ezra was an Episcopal priest, and was born in Frederiksted, St. Croix, U.S. Virgin Islands. James was the son of William Naughton and Rebecca Petersen. Mary was the daughter of Samuel Adolphus Hall, who may have been born on Tobago, and of Rebecca Heileger.

Naturi’s maternal grandmother was Cora Beverly Chavis (the daughter of Eugene/Alex Chavis and Effie C. Keith). Cora was born in North Carolina. Eugene was the son of James J. P. Chavis and Dora/Lora Durham. Effie was the daughter of Henderson/Henry J. Keith and Elizabeth “Bettie” Blackwell.