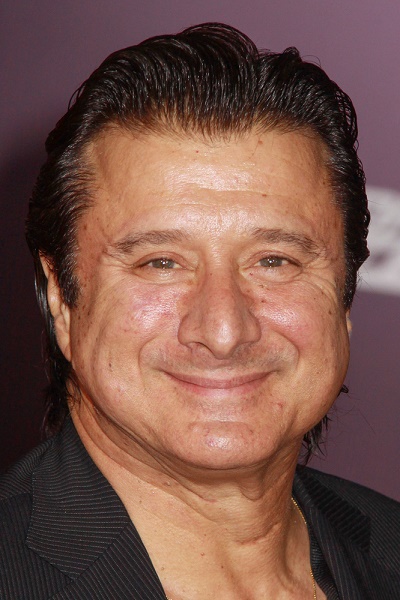 Steve Perry is an American singer, songwriter, record producer, and musician. He is the lead singer of rock band Journey. Neal Schon was also a member of the band.

Steve is the son of María “Mary” (Cardoso Quaresma) and Raymond Francis Perry. All of Steve’s paternal great-grandparents were Portuguese emigrants from the Azores. His mother was born in Prainha do Norte, São Roque do Pico, Pico, Azores, Portugal.

Steve’s paternal grandfather was Frank Perry (the son of João Pereira, later John Perry, and of Georgianna “Jessie/Josie” Bettencourt Cunha). Frank was born in Massachusetts, to parents from the Azores. João was the son of Manuel Pereira and Custodio Cortodis. Georgianna was the daughter of Antonio Cunha and Mary Bettencourt.

Steve’s paternal grandmother was Lena Perry (the daughter of Manuel J. Pereira, later Perry, and of María Catarina, later Mary Catherine “Katie” Silva). Lena was born in Massachusetts, to parents who were born on Terceira Island, Azores, Portugal. Mary Catherine was the daughter of Jose Silva and Izabel.