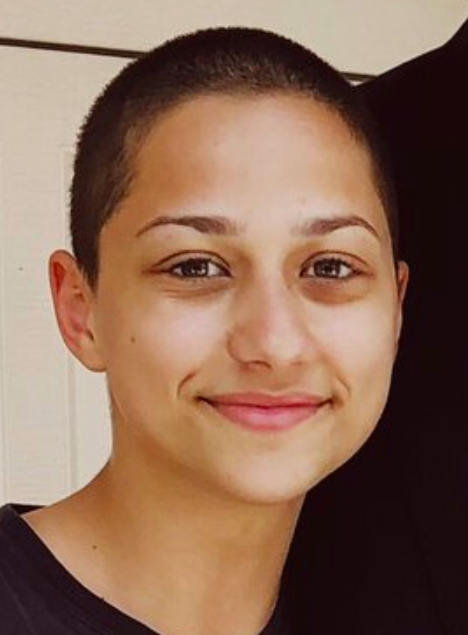 González in 2018, The Office of Congressman Ted Deutch

Emma González is an American gun control advocate and activist against gun violence in the United States. She is a survivor of the February 14, 2018 massacre at Marjory Stoneman Douglas High School. Emma is one of the founding members of Never Again MSD, a gun control advocacy group led by survivors of the shooting. Other founders are Cameron Kasky and David Hogg.

Emma’s maternal grandfather was John Augustine Wiegard (the son of Frank Adolph Wiegard and Mary Margaret McLaughlin). John was born in Maryland. Frank was of German origin, and was the son of Bernhard G. Wiegard and Amelia Joanna Robeck. Mary Margaret was the daughter of Bernard McLaughlin and Mary Ellen Desmond, who were of Irish descent.

Emma’s maternal grandmother was Dorothy Wheeler (the daughter of Vernon Hayne Wheeler and Annie Fox Kibler). Dorothy was born in South Carolina. Vernon was the son of John Pettus Wheeler and Mary Juliet Boozer. Annie was the daughter of James Matthias Kibler and Emma Elizabeth Werts.