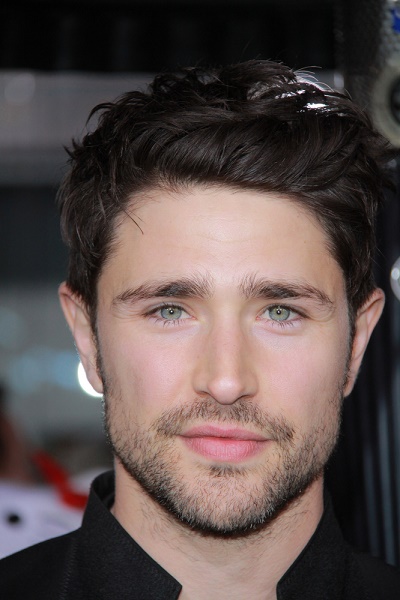 Matt Dallas is an American actor. He is known for playing the title character on the series Kyle XY.

Matt is married to musician Blue Hamilton. The couple has a son, who is adopted.

Matt’s paternal grandfather is Donald Harold Dallas (the son of Hugh Bass Dallas and Mildred Mae Thornton). Donald was born in Arizona. Hugh was the son of James Frank Dallas and Lois Myrtle Bass. Mildred was the daughter of David/Dolph Randolph Thornton and Emma Mae Morgan.

Matt’s paternal grandmother is Patricia Marie Skeen (the daughter of Raymond Quincie Skeen and Susan Laura Mauldin). Patricia was born in California. Raymond was the son of William Grayson Skeen and Mary Lou Beauchamp. Susan was the daughter of Virce Guy Mauldin and Kate Narcissus Cameron. Matt’s great-great-grandmother’s “Beauchamp” line evidently traces back to a John Beauchamp, who was born, c. 1592, in Northamptonshire, England.