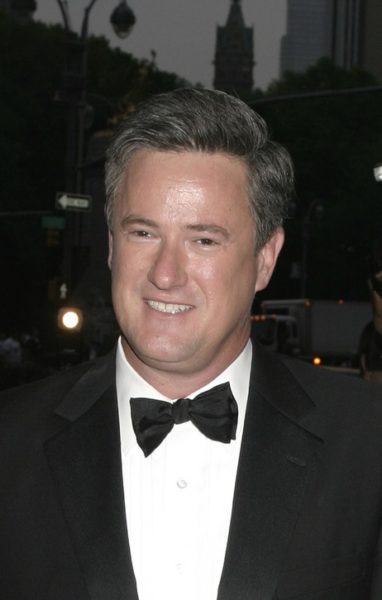 Joe Scarborough is an American politician and cable news and talk radio host. He has co-hosted the show Morning Joe since 2007. He previously hosted the show Scarborough Country from 2003 to 2007. He is an Independent. As a Republican, he was a Member of the U.S. House of Representatives from Florida, from January 3, 1995 to September 5, 2001.

Scarborough is the surname of Joe’s step-grandfather, Charles N. Scarborough.

Joe’s paternal grandmother was Ada Virginia Wheat (the daughter of Jesse Barton Wheat and Carlton Bagge). Ada was born in Kentucky. Jesse was the son of Orville Perry Wheat and Mary Elizabeth Lloyd. Carlton was the daughter of James R. Bagge and Nancy Josephine Willette.

Joe’s maternal grandmother was Jewel Josephine Thomas (the daughter of Nathaniel A. Thomas and Mary Tallula Foster). Jewel was born in Georgia.

Sources: Genealogy of Joe Scarborough (focusing on his father’s side) – https://www.geni.com