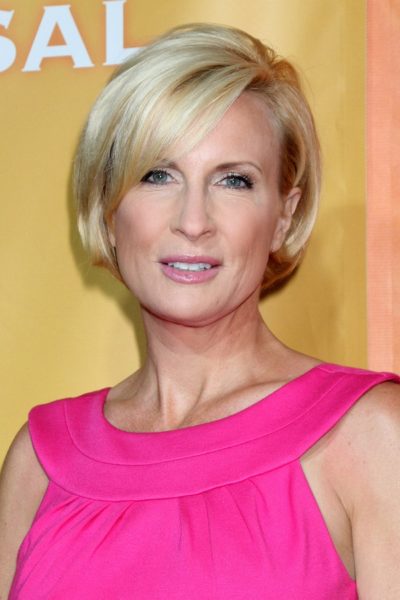 Brzezinski in 2010, photo by kathclick/Bigstock.com

Mika is the daughter of diplomat and political scientist Zbigniew Kazimierz Brzezinski and sculptor Emelie Anna Benešová. Her father was National Security Advisor, from January 20, 1977 to January 20, 1981. Her parents were immigrants to the U.S. Mika’s father was born in Warsaw, Poland. Mika’s mother was born in Geneva, Switzerland, to Czech parents. Her uncle is mathematician Václav Edvard Beneš. Her siblings are Ian Brzezinski, a foreign policy and military affairs expert, and Mark Brzezinski, a lawyer, who has been U.S. Ambassador to Sweden, from November 24, 2011 to July 1, 2015, and U.S. Ambassador to Poland, since February 22, 2022.

Mika’s maternal grandfather was Bohuš Beneš (the son of Vaclav/Vojta/Vojtěch Beneš and Emílie Řezáčová). Václav was the son of Matěj/Matthias Beneš and Anna Petronila Benešová, who were originally from Plzeň, Bohemia.