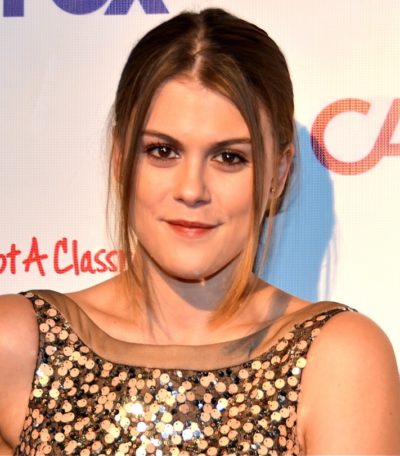 Lindsey Shaw is an American actress. She is known for her roles on television’s Ned’s Declassified School Survival Guide, Aliens in America, 10 Things I Hate About You, and Pretty Little Liars.

Lindsey’s paternal grandfather is Grover Michael Shaw (the son of Clarence Eugene Shaw and Frances Teresa Tomjack). Clarence was the son of Grover Cleveland Shaw, who had deep roots in the U.S., and of Julia Loretta Carney, whose father, and maternal grandparents, were Irish. Frances was the daughter of Michael F. Tomjack, a Polish emigrant from what was then the German Empire, and of Sophia E. Schindler, an emigrant from Czechia, who was likely of German descent.

Lindsey’s paternal grandmother was Ellen Elizabeth Donohoe (the daughter of Clarence Vincent Donohoe and Dorothy Lois Sullivan). Ellen was born in O’Neill, Nebraska. Clarence was the son of Thomas Francis Donohoe, whose parents were Irish, and of Elizabeth “Lizzie” McNichols, whose father, and maternal grandparents, also were Irish. Dorothy was the daughter of Michael P. Sullivan and Ellen Jane Murphy, who were born in the U.S., both of them to Irish immigrants.

Lindsey’s maternal grandfather was Alvin Gene Sucha (the son of Clyde Edward Sucha and Agnes Helena Thalken). Alvin was born in Leigh, Nebraska. Clyde was born in Nebraska, the son of Joseph Sucha, whose parents were from Bohemia, and of Melvina Belle Stevens, whose father had deep roots in the U.S., and whose mother was Danish. Agnes was born in Nebraska, the daughter of Bernard Herman Thalken, whose parents were German, and of Margaret Katherine Odenreider, whose paternal grandparents, and mother, were also German.