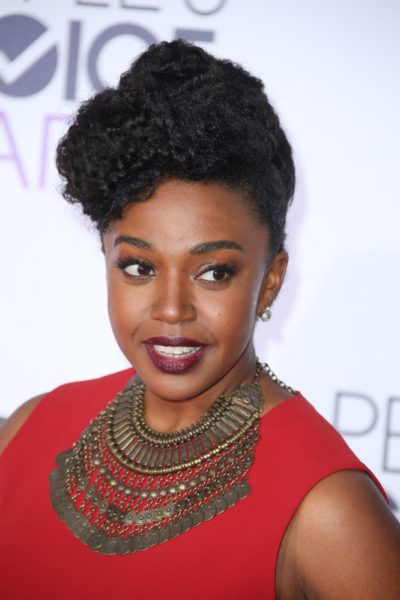 Jerrika Hinton is an American actress. She is known for her leading roles in the series Grey’s Anatomy and Hunters.

Jerrika’s paternal grandfather was Emmanuel Harry Hinton (the son of German Hinton and America Money). Emmanuel was born in Texas. German was the son of James Hinton and Angeline McCullough.

Jerrika’s paternal grandmother was Odessa Jackson (the daughter of Andrew Jackson and Susie Clark). Odessa was born in Texas.