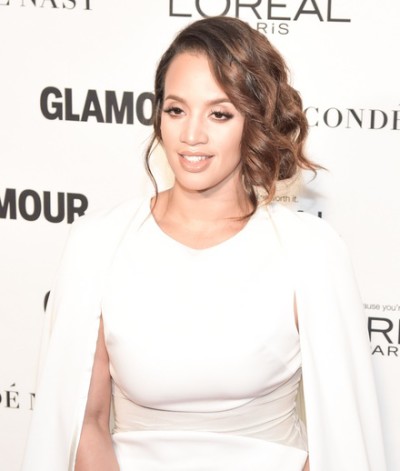 Polanco in 2015, photo by Prphotos

Dascha Polanco is a Dominican-American actress. She is known for her role on the Netflix series Orange Is the New Black.

She was born in Santo Domingo, Dominican Republic, the daughter of Janet and Rubén Darío Polanco. She moved to the U.S. at a young age, and was raised in Brooklyn, New York City, New York.

Dascha has stated that she took a DNA test, which indicated that her genetic ancestry includes Spanish and 31% Malian (from Mali in Africa).