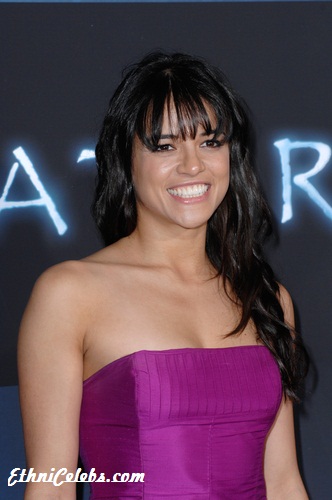 Rodriguez in 2009, photo by Featureflash / Shutterstock.com

Michelle Rodriguez is an American actress, DJ, and screenwriter. She is the daughter of Carmen Milady Pared Espinal, a native of the Dominican Republic, and Rafael Rodríguez Santiago, a Puerto Rican who served in the U.S. army. She has starred in the films The Fast and the Furious, Resident Evil, and S.W.A.T., among many others.

A DNA test whose results were displayed on the show Finding Your Roots with Henry Louis Gates, Jr. (2012) stated that Michelle’s genetic ancestry is: