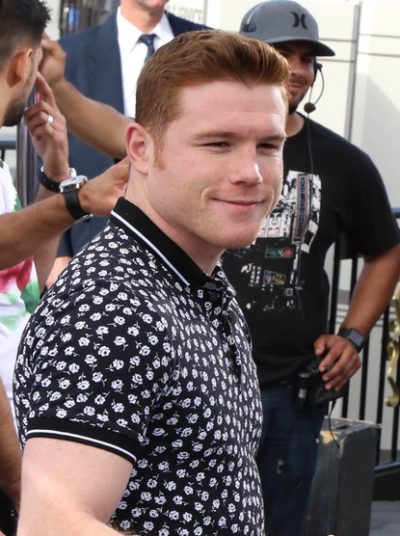 Álvarez in 2016, photo by Prphotos

Canelo Álvarez, also known as Saúl Álvarez, is a Mexican professional boxer. He is the son of Ana María Barragán and Santos Álvarez. Among his siblings are Ramón Álvarez, Ricardo Álvarez, and Rigoberto Álvarez, who are all welterweight boxers. Canelo has a daughter.

His mother’s surname Barragán is of Spanish origin.

His parents and siblings can be seen here.

There is some internet speculation that Canelo has Irish heritage, but this does not appear to be accurate.