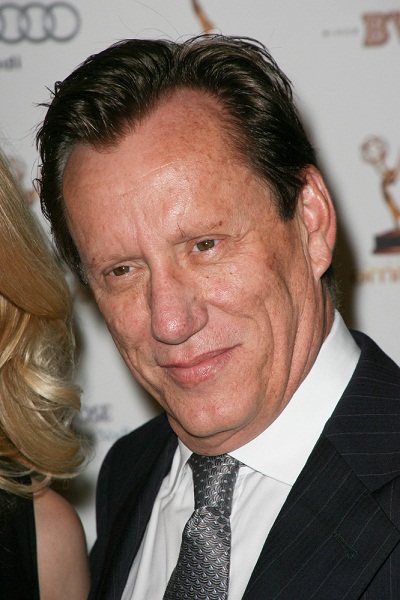 James Woods is an American actor and producer. He has starred in The Onion Field, Salvador, Cop, Ghosts of Mississippi, and White House Down, among many other films over five decades.

His father, Gail Peyton Woods, had English and German ancestry. His mother, Martha Ann (Smith) Woods Dixon, was of Irish descent. James was raised Catholic. He grew up in Warwick, Rhode Island. His stepfather was Thomas E. Dixon.

James’s paternal grandfather was Jacob Earl Woods (the son of John C. Woods and Malinda/Melinda Jane Rape/Rake). Jacob was born in Illinois, to a father from Kentucky and a mother from Illinois. John was the son of Payton/Peyton R. Woods and Emily Taylor. Malinda was the daughter of Jacob Early Rape and Rachel Beam.

James’s maternal grandfather was James Joseph Smith (the son of Patrick Smith and Johanna Williams). James’s grandfather James Smith was born in Rhode Island, to Irish parents. Patrick was the son of William Smith and Catharine. Johanna was the daughter of John Williams and Mary.