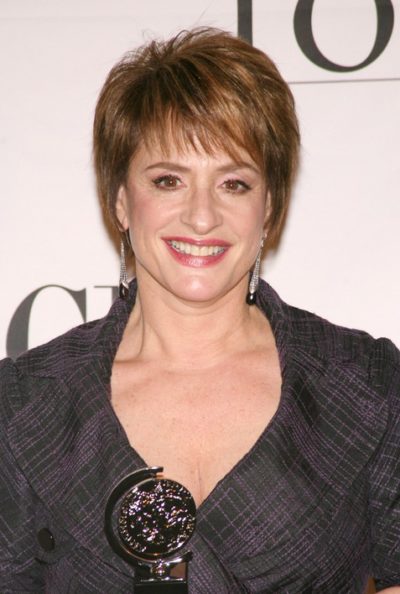 LuPone in 2008, photo by Prphotos.com

Patti LuPone is an American actress and singer. She is known for her work in stage musicals.

Patti is the daughter of Angela Louise (Patti) and Orlando Joseph LuPone. Her brother was actor, dancer, and director Robert LuPone. Her great-great-great-aunt was Adelina Patti, a prominent 19th-century opera singer. Patti is married to Matthew Johnston, with whom she has a son.

A 23andMe DNA test stated that Patti’s genetic ancestry is:

Patti’s maternal grandfather was Vincenzo/Gaetano/Giacomo “James” Patti (the son of Giorgio Patti and Angelina Notaro). Vincenzo was said to be born in Montemaggiore, Sicily. Giorgio was the son of Giuseppe Patti, who was the brother of Adelina Patti.