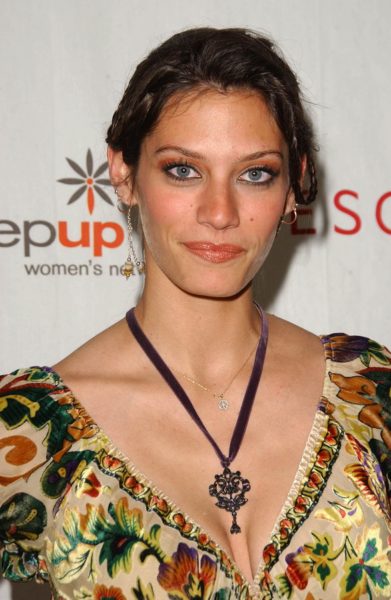 Lombardo in 2007, photo by s_bukley/Bigstock.com

Michelle Lombardo is an American model and actress.

Michelle’s paternal grandfather was John Lombardo (the son of Pietro Lombardo and Josephine/Giuseppina/Gessipina DeMaio). John was born in Connecticut, to Italian parents, from Messina, Sicily. Giuseppina was the daughter of Nino DeMaio and Concetta Rama.

Michelle’s paternal grandmother was Helen Matchett (the daughter of Mercer Matchett and Matilda Jane Neill). Helen was born in Connecticut, to parents from Northern Ireland.

Michelle’s maternal grandfather was Alfred J. Palombizio (the son of Giuseppe “Joseph” Palombizio and Giuseppina Palazzolo). Alfred was born in Connecticut, to Italian parents, with his father being from Pratola Peligna, L’Aquila, Abruzzo, Italy.

Michelle’s maternal grandmother was Mary Ceraldi (the daughter of Antonio Ceraldi and Lena/Telina Varone). Mary was born in Rhode Island, to Italian parents, from Caserta, Campania. Antonio was the son of Giovanni Joseph Ceraldi. Lena was the daughter of Principio Varone and Pasqualina Perotta.