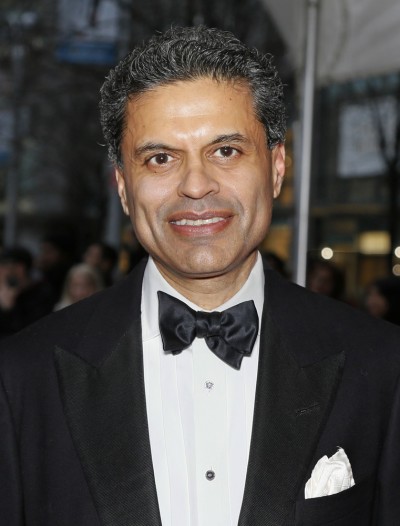 Zakaria in 2011, photo by Prphotos.com

Fareed Zakaria is an Indian-American journalist, political commentator, and author. He has hosted the show Fareed Zakaria GPS on CNN since 2008, and writes for The Washington Post.

His mother, Fatima Zakaria, was a writer, who was editor of the Mumbai Times, and the Sunday editor of The Times of India. His father, Rafiq Zakaria, was born in Nala Sopara, and was a politician, Islamic religious cleric, and author. He was associated with the Indian independence movement, and the Indian National Congress. Fareed moved to the U.S. in the 1980s to attend college. He has become an American citizen.

Fareed is from a Konkani Muslim family. He is a secular Muslim.

Fareed’s father had occasionally said that he has Turkish and/or Central Asian ancestry, although Fareed always regarded these claims as untrue.

A DNA test taken by the project CNN Roots (2014) stated that Fareed’s genetic ancestry is: