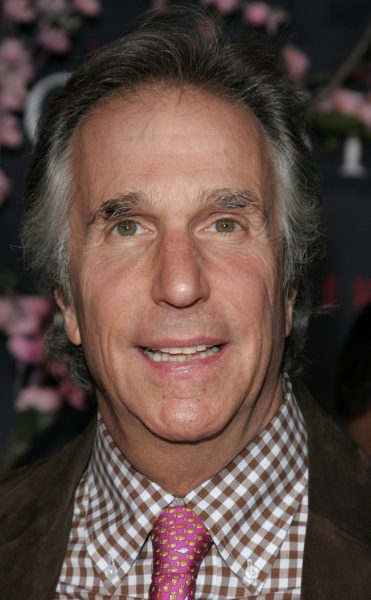 Winkler in 2005, photo by Starfrenzy/Bigstock.com

Henry Winkler is an American actor, comedian, director, producer, and author. He is known for playing “the Fonz,” an Italian-American, on the television series Happy Days.

Henry is the son of Ilse Anne Marie (Hadra) and Harry Irving Winkler, Jewish parents who left Nazi Germany, in 1939. His grandparents were killed in the Holocaust. His family belonged to Conservative Judaism, and his parents where among the founders of a synagogue where Henry was Bar Mitzvah. Henry was named after his uncle Helmut Theodor Winkler, who was killed in Auschwitz.

He is married to Stacey Furstman, with whom he has two children. Stacey is also Jewish. Their son, Max Winkler, is a screenwriter and director; Max is married to English actress Jessica Barden.

Henry’s paternal grandfather was Heinrich Jacob Winkler (the son of Leopold Winkler and Leonore Hamel). Heinrich was born in Hungary.