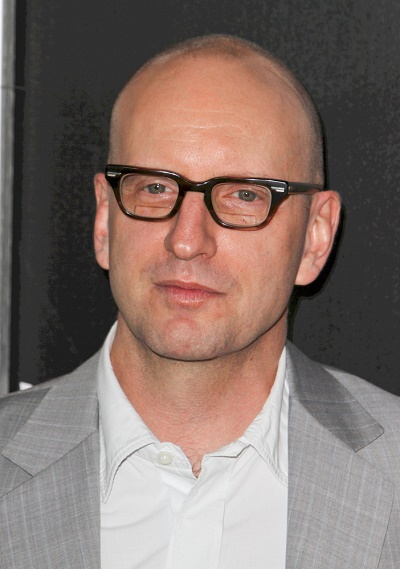 Soderbergh in 2012, photo by Prphotos.com

Steven Soderbergh is an American director, writer, producer, cinematographer, and editor. He won the Academy Award for Best Director for Traffic (2000).

Steven is the son of Mary Ann Mitchell “Midge” (Bernard) and Peter Andrew Soderbergh, a dean and professor at Louisiana State University College of Education. For his work as editor, Steven is credited under his mother’s name, Mary Ann Bernard. Steven is married to television personality Jules Asner. He has two children, including one with his former wife, actress Betsy Brantley.

Steven has also said that his mother had “a little Irish” ancestry. It is not clear if this is accurate.

Genealogy of Steven Soderbergh (focusing on his father’s side) – https://www.geni.com