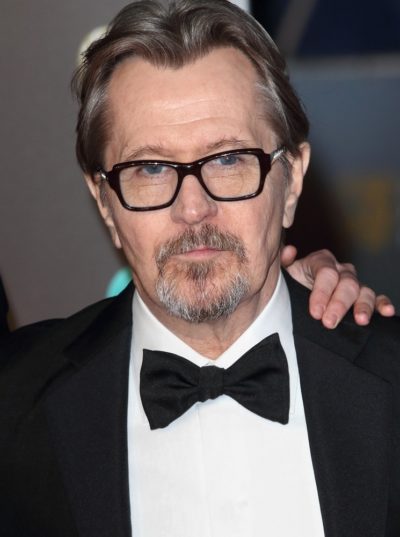 Gary Oldman is an English actor, filmmaker, musician, and author. He won the Academy Award for Best Actor for Darkest Hour (2017).

Gary is the son of Kathleen M. J. (Cheriton) and Leonard Bertram Oldman. His sister is actress Laila Morse.

Gary’s paternal grandfather was Alfred Ernest Oldman (the son of Arthur Inkerman Oldman and Annie Maria Cooper). Alfred was born in Greenwich, London, England. Arthur was the son of John Oldman and Ann Chapman. Annie was the daughter of William Cooper.

Gary’s maternal grandmother was Victoria Grace Abell (the daughter of Walter Abell and Martha Mary Fitzgerald). Victoria was born in Camberwell, London, England. Walter was the son of Richard Abell and Lydia Rebecca Richardson. Martha was the daughter of John Fitzgerald and Martha Fenton. Most of Victoria’s ancestry was English, but it is likely that she had at least some Irish ancestry through her Fitzgerald line.