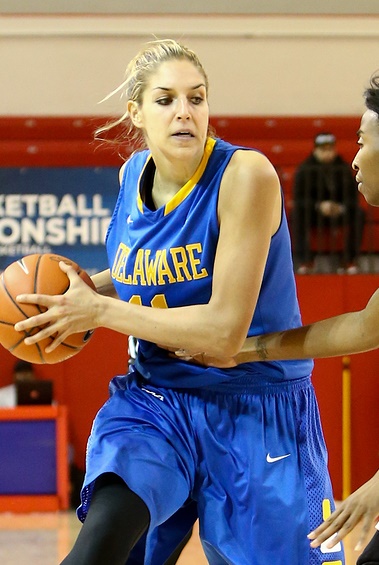 She is the daughter of Joanie and Ernest Delle Donne. Elena’s surname is Italian for “of the women.”

My father is 100% Italian and I’m half-Italian.

Elena’s maternal grandfather was Daniel W. Sixbey (the son of George Lawton Sixbey and Helen Baker Hope). George was the son of Arthur Warren Sixbey and Mabel L. Helen was the daughter of Daniel Hope and Florence Olivia Baker.