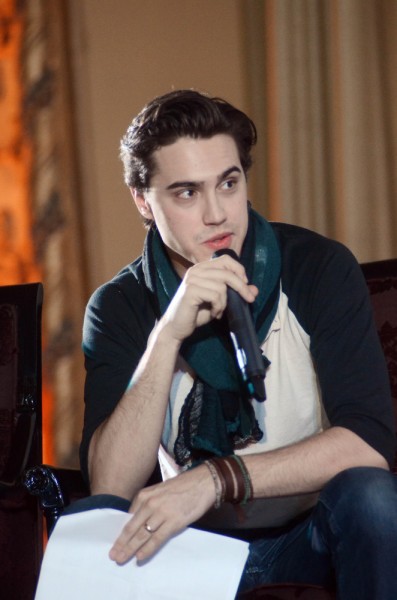 McCartan in 2015, photo by Prphotos

Ethnicity:
*father – Irish, with a small amount of English and Welsh
*mother – German, as well as Slovak, Irish, Czech, Polish

Ryan McCartan is an American actor and singer. He was a member of pop duo The Girl and the Dreamcatcher, with his former partner, Dove Cameron.

His father was a high school principal. Ryan is a second cousin of professional basketball player Lindsay Whalen. They share the same two Whalen paternal great-grandparents.

Ryan’s paternal grandfather is Mark Ellis McCartan (the son of Theophilus/Theo Francis McCartan and Rozella Phebe Ellis). Mark was born in Iowa, and is of three quarters Irish descent, with his maternal grandfather’s ancestry being English and Welsh, including deep roots in New England. Theophilus was the son of Thomas Francis McCartan and Ellen C. “Ella” Collins. Rozella was the daughter of George Ronello Ellis and Mary Ellen Murray.

Ryan’s maternal grandfather is Jerome Paul Swanda (the son of Raymond W. Swanda and Helen Moran). Jerome was born in Minnesota. Raymond was born in Minnesota, to a Slovak father, Joseph Swanda, and a German mother, Elizabeth E. Beck. Helen had Irish and German ancestry, and was the daughter of Charles A. Moran.

Sources: Genealogy of Ryan’s paternal grandfather, Mark Ellis McCartan (focusing on his own mother’s side) – http://wc.rootsweb.ancestry.com