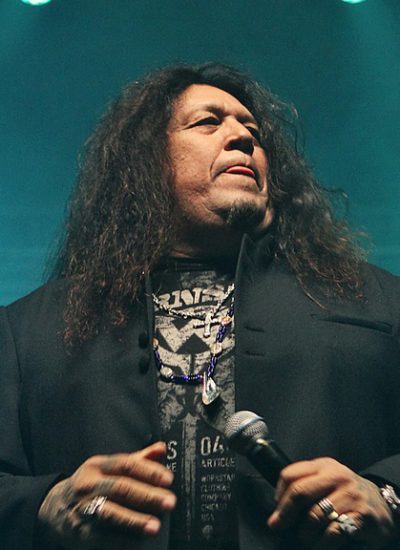 Chuck Billy is an American vocalist. He is the lead vocalist of the thrash metal band Testament. His father is of the Pomo Native American tribe, a tribe indigenous to northern California. His mother is of Mexican descent. His first cousin, once removed, is musician Stephen Carpenter of the band Deftones. His mother is the sister of Chuck’s maternal grandfather.