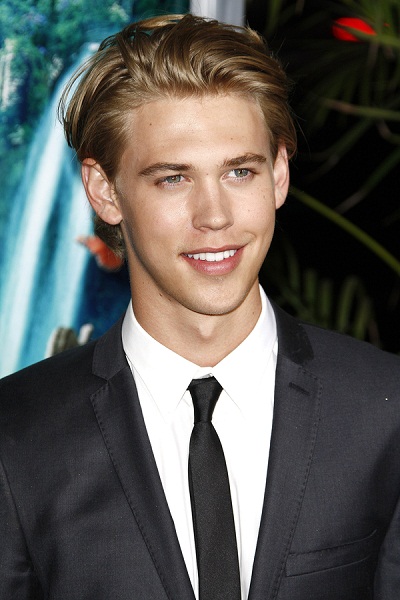 Butler in 2012, photo by Joe Seer/Bigstock.com

Austin Butler is an American actor, model, and singer, also credited under his full name Austin Robert Butler. His roles include Aliens in the Attic, The Intruders, The Dead Don’t Die, Once Upon a Time in Hollywood, the shows Life Unexpected, Switched at Birth, The Carrie Diaries, and The Shannara Chronicles, and the title role of Elvis.

He is the son of Lori Anne and David Butler. He has American roots going back to the 1600s.

Austin’s paternal grandfather is Michael Butler (who likely is the son of Lloyd Milton Butler and Dorothy Ruby Estelle Lamar). Lloyd was born in Texas, the son of Searcy Loy Butler and Mary Ethel Hargrove. Dorothy was born in Alabama, the daughter of Oliver Michael “Mike” Lamar and Leona Almeda Langston.

Austin’s maternal grandfather is Robert Talmadge Howell (the daughter of Ernest Howell and Eva Estelle/Estell Love). Robert is from from Lucedale, Mississippi. Ernest was the son of Phillip Howell and Sarah Ellen Denmark. Eva was the daughter of Alexander Love and Margaret Jane Childress.

Austin’s maternal grandmother is Karen Ruth Bentley (the daughter of Clarence Bentley and Signe Ann Elizabeth Silampa). Karen was born in Wisconsin. Clarence was born in Illinois, the son of Matthew Bentley, whose parents were English, and of Izzie/Elizabeth May Moss. Signe was born in Michigan, the daughter of Finnish parents, Matti/Matt Sillanpää/Silampa, from Saukonkylä, Alajärvi, and Liisa/Elizabeth/Lizzie/Elisabeth Jaakontytär Järvelä/Jaaruela, from Utajärvi, making Austin Butler one eighth Finnish.

Genealogy of Austin Butler (focusing on his mother’s side) – http://familytreemaker.genealogy.com