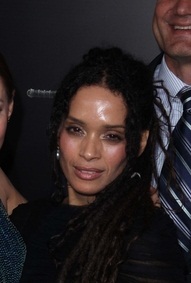 Lisa Bonet is an American actress. She is known for playing Denise Huxtable on the series The Cosby Show.

Lisa was born in San Francisco, California. Her father, Allen, was from Texas, and had African-American, and some Louisiana Creole, ancestry. Her mother, Arlene, was Ashkenazi Jewish, from a family that emigrated from Russia, Poland, Belarus, and Moldova. Lisa was raised Jewish. She is married to actor, model, and producer Jason Momoa. Lisa has a daughter, actress and model Zoë Kravitz, with her former husband, singer and actor Lenny Kravitz; and two children with Jason.

Lisa is a half-sister of musician and singer Kadhja Bonet.

In 1995, she legally changed her name to Lilakoi Moon.

Lisa’s paternal grandmother was Mary Orphy (the daughter of Victor Orphy/Orphe and Eloise/Elloise Eugene). Mary was born in Texas. Victor was born in Louisiana, the son of Babilas/Babila Orphy/Orphée, who was of Louisiana Creole descent, and of Jenevieve/Genevieve Johnson.

Lisa’s maternal grandfather was Eli Litman (the son of Abraham E. Litman and Fannie/Fanny Lillian Ageloff). Eli was born in Pennsylvania, to a Jewish immigrant father from Tourchen, Russia, and a Jewish immigrant mother from Vitebsk, Belarus. Fannie was the daughter of Hillel/Eli Ageloff and Chaia/Chai/Cha Rochell/Rochel/Ida Rose Liebman/Leibman, from Ulla, Russia.

Lisa’s maternal grandmother was Sylvia Ellen Goldvarg (the daughter of Louis Goldvarg and Sarah Silverman). Sylvia was born in Pennsylvania, to Russian Jewish immigrant parents. Louis was from Tiraspol, now Moldova, the son of Moishe Goldvarg and Elke. Sarah was the daughter of Harry M. Silverman and Sophie Grossman, from Siroca.

Genealogy of Lisa Bonet (focusing on her mother’s side) – http://www.geni.com