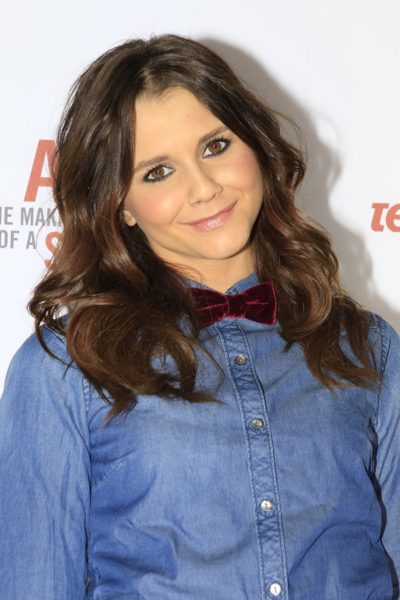 Alexandra Chando is an American actress.

Alexandra is the daughter of Rebecca H. (Troiani) and Stephen “Steve” Chando, Jr.

Alexandra’s paternal grandfather was Stephen Chando, Sr. (the son of Joseph Chando (József Csanda) and Anna Antolick). Joseph was born in Malý Lipník, Slovakia, the son of Wasil Chando (Vazul Csanda) and Carol Gladis (Karolin Gladis), who were likely of Rusyn background. Alexandra’s great-grandmother Anna was born in Pennsylvania, the daughter of Andrew “Toby” Antolick/Antolik and Katherine/Catherine Uerda/Urda, who were also from Malý Lipník, Slovakia.

Alexandra’s paternal grandmother was Mary Bandurich (the daughter of Michael Bandurich and Susan “Susie” Billetz). Michael was born in Czechoslovakia. Susan was born in Pennsylvania, to parents from Czechoslovakia, who were likely of Slovak descent.

Alexandra’s maternal grandfather was Arthur “Art” C. Troiani (the son of Joseph P. Troiani and Anna). Joseph was born in Italy. Anna was born in Pennsylvania, to parents from Italy.