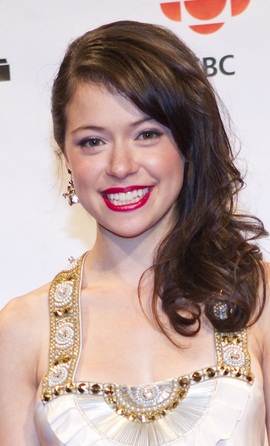 Maslany in 2011, photo by PrPhotos

Tatiana Maslany is a Canadian actress and producer. Her roles include the series Orphan Black and the films Two Lovers and a Bear, Destroyer, Stronger, and The Vow, among many other projects.

Her first language is German, and she learned French in elementary school. Her brother, Daniel Maslany, is also an actor, as well as a producer and composer.

Tatiana’s paternal grandfather was named Joseph Maslany. Joseph was born in Zahutyn. He was an ethnic Ukrainian. He came to Canada in the late 1940s.