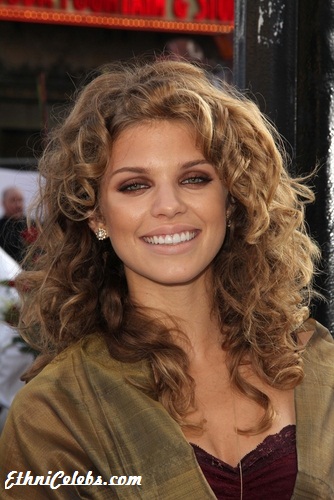 AnnaLynne McCord is an American actress, women’s activist, and model. Her roles include the films The Haunting of Molly Hartley, Fired Up!, and 68 Kill, and television’s 90210 and American Heiress.

AnnaLynne is the daughter of Sheri and David Lance McCord. Her father is a Christian minister. She was raised in Buford and Monroe, in Georgia.

There is an internet rumor that one of AnnaLynne’s grandmothers was Kenyan. This does not appear to be accurate.

AnnaLynne’s paternal grandmother is Peggy Thomas (the daughter of Lee Sanders Thomas and Etoyle Haynes). Lee was the son of Henry Lee Thomas and Mary Elizabeth Bessie Persons. Etoyle was the daughter of David Mathis Haynes and Bertie Mae McGarity.