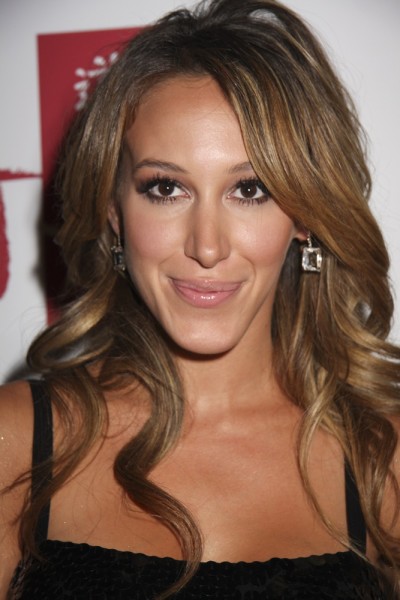 Haylie Duff is an American actress, singer, songwriter, television host, writer, and fashion designer. She is the daughter of Susan and Robert Duff, and the elder sister of actress and singer Hilary Duff. Haylie has two children with her fiancé Matt Rosenberg.

Haylie’s paternal grandfather was Kenneth Robert Duff (the son of Luke Ralph Duff and Willie Gertrude Roberts). Kenneth was born in Oklahoma. Luke was the son of Matthew A. Duff and Margaret A. Gillis.

Haylie’s paternal grandmother was Mary Pearl Erhard (the daughter of Earl/Earle Chester Erhard and Ann/Annie Pearl Windrow). Mary was born in Texas. Earl was the son of Chester Charles Erhard and Mary Eliza Trigg. Pearl was the daughter of William Henry Windrow and Anna H. McCord.

Haylie’s maternal grandmother was Amy Beulah Schlemmer (the daughter of Albert Lee Schlemmer and Eula Belle Angell). Amy was born in Cameron, Texas. Albert’s parents, Ernst/Earnest Schlemmer and Anna/Anne/Annie Westowska, were German, with his father from Rhine and his mother from Posen; Anna may have been of Polish descent, though her language is listed as German. Eula was the daughter of Charles Frank Angell and Rosie Beulah Rogers.

Genealogy of Haylie Duff (through her sister, Hilary Duff) – http://www.wargs.com

Genealogy of Haylie’s father (focusing on his mother’s side) – http://worldconnect.rootsweb.ancestry.com

Genealogy of Haylie’s paternal grandmother, Mary Pearl Erhard (focusing on her own father’s side) – http://worldconnect.rootsweb.ancestry.com

Another genealogy of Haylie’s paternal grandmother, Mary Pearl Erhard (focusing on her own mother’s side) – http://worldconnect.rootsweb.ancestry.com

Genealogy of Haylie Duff (focusing on her mother’s side) – http://worldconnect.rootsweb.ancestry.com