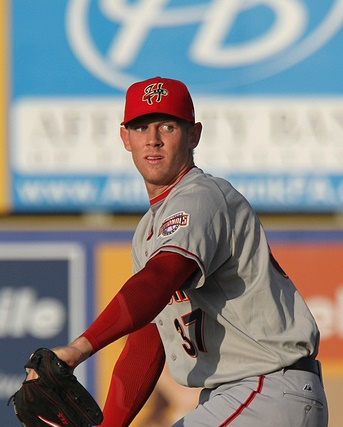 Strasburg in 2010, photo by blindsquirrelphoto/BigStock.com

Stephen Strasburg is an American professional baseball player. He is a pitcher for the Washington Nationals. He is the son of Kathleen, a dietitian, and Jim Strasburg, a real estate developer. Stephen is married to Rachel Lackey, with whom he has two children.

Stephen’s maternal grandmother is Beverly Lee Smith (the daughter of Frank Cleveland Smith and Laura Pearl Terpening). Beverly was born in Michigan. Laura was the daughter of Truman Abram Terpening and Isora Sutherland.