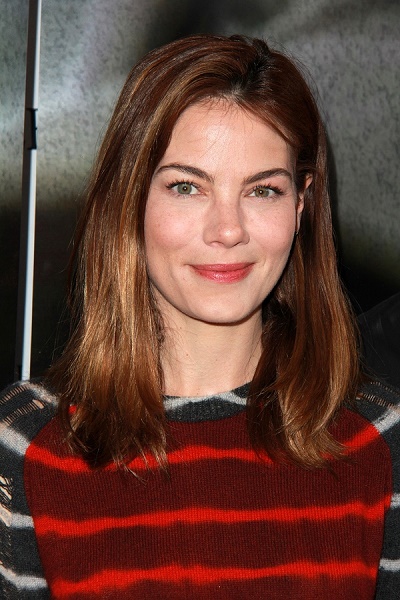 Monaghan in 2015, photo by kathclick/Bigstock.com

Michelle Monaghan is an American actress. Her father is of Irish descent. Her mother is of mostly German, with smaller amounts of Swiss-German and English, descent. Michelle is married to Australian graphic artist Peter White, with whom she has two children.

Michelle’s paternal grandmother is Eleanor Elizabeth McAleer (the daughter of Timothy Henry McAleer and Marie Bridget Cashman). Eleanor was born in Iowa. Timothy was the son of John W. McAleer and Ann Ellen McNamara. Marie Bridget was the daughter of Thomas Francis Cashman and Elizabeth W. Reilly. All of Michelle’s paternal grandmother’s grandparents were born in Iowa, and all of their own parents were Irish, with roots in County Kerry and County Cork.

Michelle’s maternal grandfather was Francis Sidney Hammel (the son of Joseph Leo Hammell/Hammel and Nora Virginia Pierce). Francis was born in Iowa. Joseph was the son of Joseph Hammel, whose father was Swiss, of Swiss-German descent, and whose mother was German, and of Pauline A. Troendle, who was born in Baden, Germany. Nora was the daughter of Phillip Sidney Pierce and Mary Virginia Wampler, and was of English and German descent.

Genealogies of Michelle Monaghan (focusing on her mother’s side) – http://worldconnect.rootsweb.ancestry.com
http://www.wikitree.com

Genealogy of Michelle’s maternal grandmother, Mary Margaret (Schulte) Hammel (focusing on her own father’s side) – http://www.findagrave.com