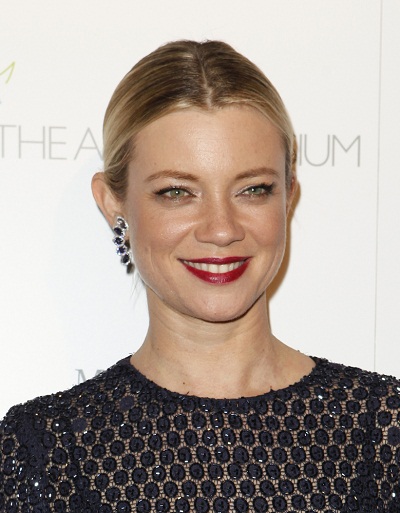 Amy Smart is an American actress and model.

Amy is the daughter of Judy and John Smart. She is married to television personality Carter Oosterhouse, with whom she has a daughter.

Amy’s father, whose family surname was Werts, later took on the surname Smart.

Amy’s paternal grandfather was Jack Harold Werts (the son of Roy Thomas Werts and Hazel Helen Lennox). Jack was born in Iowa. Roy was the son of Theodore F. Werts and Drucilla A. Scriven. Hazel was the daughter of John A. Lennox and Frances/Fannie/Fanny McClure.

Amy’s maternal grandfather is Geddes Warren Carrington (the son of Bennett Warner Carrington and Bernice Kroenert). Geddes was born in Texas. Bennett was the son of John Worthington Carrington and Mary Eliza Chambers. Bernice was the daughter of John Kroenert.

Sources: Genealogy of Amy Smart (focusing on her father’s side) – http://wc.rootsweb.ancestry.com

Genealogy of Amy’s paternal great-great-grandmother, Frances/Fannie/Fanny McClure (focusing on her own father’s side) – http://worldconnect.rootsweb.ancestry.com