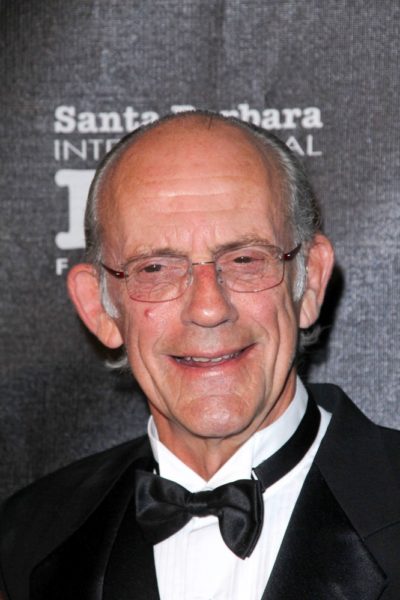 Ethnicity: English, as well as one sixteenth French, remote Welsh

Christopher Lloyd is an American actor and comedian. He is particularly known for his roles in the Back to the Future and The Addams Family films.

He is the son of Ruth (Lapham) and Samuel R. Lloyd. His uncle was Roger Lapham (Roger Dearborn Lapham), was a shipowner and Republican politician, who was Mayor of San Francisco, from January 8, 1944 to January 8, 1948. His family has lived in the United States for many generations, with deep roots in New England, going back to the 1600s.

Christopher is married to Lisa Loiacono.

Christopher is a first cousin, once removed, of writer Lewis H. Lapham. His brother was actor Sam Lloyd III, and his nephew was actor, a capella singer, and musician Sam Lloyd.

Christopher’s paternal grandfather was Samuel Lloyd (the son of Gardner Potts Lloyd and Emma Disbrow). Samuel was born in New Jersey. Gardner was the son of Samuel Lloyd and Anna Maria Potts. Emma was the daughter of Benjamin Story Disbrow and Elizabeth Fitzaller Raymond.

Christopher’s maternal grandfather was Lewis Henry Lapham, an entrepreneur (the son of Henry Griffith Lapham and Samantha Lapham Vail). Lewis was born in New York, and made a consolidating smaller business in the leather industry. He was one of the founders of the Texaco oil company. Christopher’s great-grandfather Henry was the son of Jesse Lapham and Elizabeth Griffith. Samantha was the daughter of John Vail and Ruth Rogers.

Genealogy of Christopher Lloyd (focusing on his father’s side) – https://www.wikitree.com