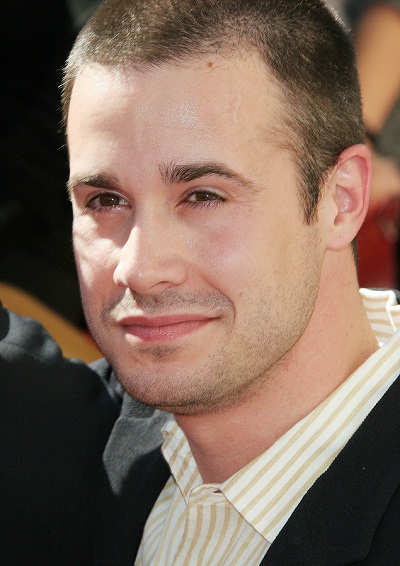 Freddie Prinze, Jr. is an American actor. He is known for starring in the films I Know What You Did Last Summer and its sequel I Still Know…, as well as She’s All That, Wing Commander, Down to You, Boys and Girls, Head over Heels, Summer Catch, Scooby-Doo, and The House of Yes, and the show Freddie, among other works.

Freddie is the son of Kathy Elaine (Barber) and actor Freddie Prinze. Freddie is married to actress Sarah Michelle Gellar, with whom he has two children.

Freddie was raised Catholic. He spent some of his childhood in Puerto Rico. There, he learned about Spanish and Puerto Rican culture, and speaks Spanish.

My mom is English, Irish and Native American. My grandma and grandpa, who raised me for the first few years, were straight-up English and Irish.

In a 2007 interview, Freddie stated that his mother is of Italian descent, and added:

I speak better Italian than any New Yorker in this town. They butcher the language so much. It makes my mom sick. My mom [speaks] fluent Italian and is very proud of her roots. Didn’t let me watch The Godfather until I was sixteen because she hated the fact that everyone thought Italians were mobsters – even though some of her family I think were. (laughs) Her brother. But I spoke Spanish and Italian before I spoke English. I didn’t learn English until I was like ten.

It is not clear exactly why Freddie stated that he has Italian ancestry, but his maternal grandparents, James Edward Barber and Patty/Patricia Elizabeth Cochran, were not of Italian descent. In any case, in 2014, Freddie twitted:

It is unclear if Freddie’s Native American ancestry has been verified/documented.

Sources: Genealogy of Freddie Prinze, Jr. (focusing on his father’s side) – https://www.geni.com