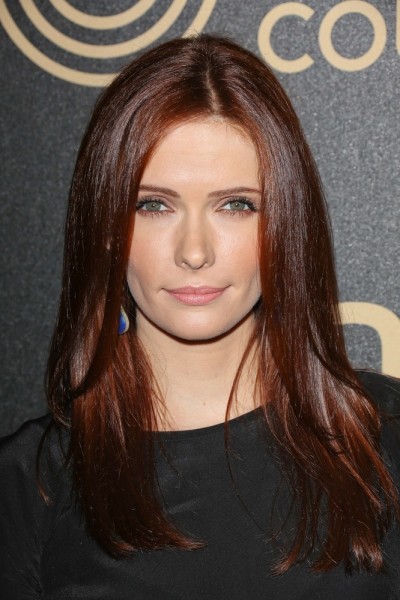 Tulloch in 2012, photo by Prphotos

Elizabeth Tulloch is an American actress. She stars on the shows Grimm and as Lois Lane on Superman & Lois. She is also known as Bitsie Tulloch.

Elizabeth is the daughter of American parents, Wilhelmina and Andrew Tulloch, who worked in Latin American banking. Elizabeth grew up abroad.

Elizabeth is married to actor David Giuntoli, with whom she has a daughter.

Elizabeth’s paternal grandfather was Walter Scott Tulloch (the son of Thomas Hildrup Tullach and Eleanor Page Pratt). Thomas was the son of Seymour Wilcox Tulloch and Jessica Sophia Hildrup. Eleanor was the daughter of Walter Scott Pratt, whose father was Irish, and of Julia Tweedie Page.

Elizabeth’s maternal grandfather likely was William Solomon Butcher (the son of Andrew Davis Butcher and Lillie May Brown). William was born in Texas. Lillie was the daughter of William Gardner Brown and Susanna Bentley.