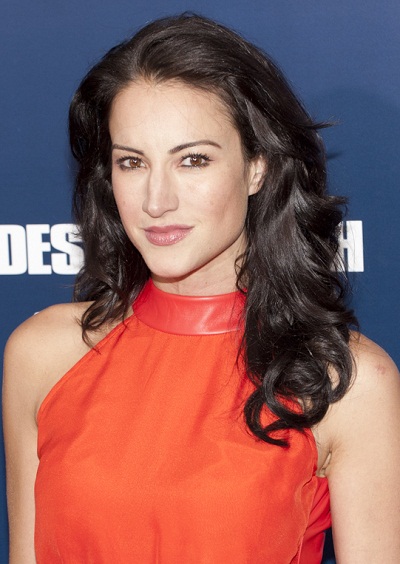 America Olivo is an American actress, singer, and model.

Her father, Nello Olivo, is a winery operator. He was born in California, of Italian descent on one side, and Chilean, Spanish, Mexican, and Basque ancestry on the other. Her mother, Danica d’Hondt, is an actress, writer, and businessperson, who was Miss Canada 1959; she was born in England, to a Belgian father and an Irish mother, and was raised in Canada. America’s uncle is Walter D’Hondt, who won an Oylmpic Gold Medal for rowing, for Canada. America was featured in a video about being “multiracial” in Hollywood.

America is married to Canadian actor, writer, and photographer Christian Campbell, with whom she has one child. Christian is the brother of actress Neve Campbell.

America has American and Canadian citizenship.

America’s paternal grandfather was Nello John Olivo, Sr. (the son of Enrico Olivo and Lena Ciardella). Nello was born in California. Enrico was born in Todi, Province of Perugia, Umbria, Italy, the son of Filippo Olivo and Rebecca Artenia.