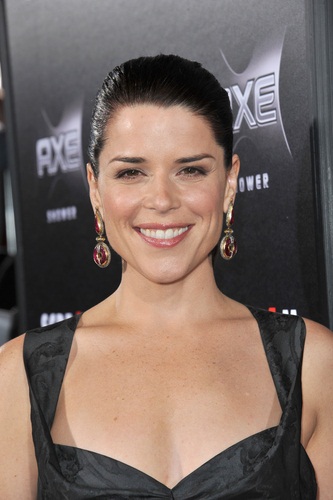 Neve Campbell is a Canadian actress. She is known for starring as Sidney Prescott in the Scream films, as well as for her lead roles in The Craft, Wild Things, Skyscraper, and The Company, among many others.

Neve is the daughter of Marnie Neve and Gerry Campbell. Her brother, Christian Campbell, is also an actor. Her mother also acts. Neve has two children with her partner, American-British actor JJ Feild, the son of mystic and author Reshad Feild. Her brother Christian is married to American actress, singer, and model America Olivo.

Her father is a Scottish emigrant, from Glasgow.

Her mother is a Dutch emigrant, from Amsterdam. Neve has stated that her mother’s maiden name, Neve, comes from Sephardi Jewish ancestors, who moved to the Netherlands and later converted to Catholicism. Neve herself is Catholic. She has also said, “my lineage is Jewish, so if someone asks me if I’m Jewish, I say yes.” It is not clear precisely how much Sephardi Jewish ancestry Neve has.

Neve can be a Sephardi Jewish surname. In Italian, it means “snow,” and in Hebrew and Arabic, it means “oasis.”

Her maternal grandparents were said to have run a theatre in the Netherlands.