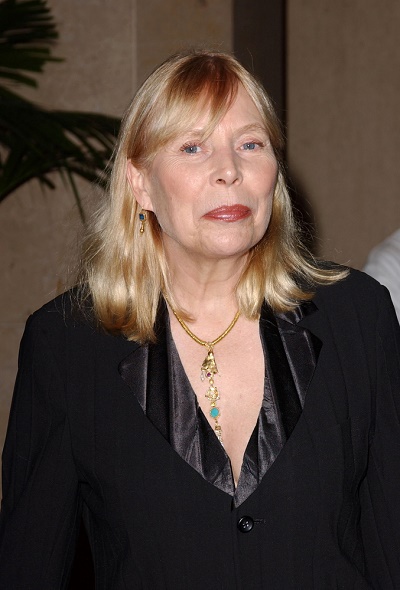 Joni Mitchell is a Canadian singer, songwriter, and painter. She has also been credited as Roberta Joan Mitchell and Joni Anderson.

Joni is the daughter of Myrtle and William Andrew Anderson. Her father was from a Norwegian family, while her mother had Scottish and Irish ancestry. Joni has also stated that her father had some degree of Sami (indigenous Finno-Ugric) ancestry. This does not appear to be accurate.

Her father was in the Air Force, and her family moved often, living in Maidstone, North Battleford, and finally Saskatoon, all in Saskatchewan. Joni has a daughter.

Sources: Genealogy of Joni Mitchell (focusing on her father’s side) – http://www.geni.com

Genealogy of Joni Mitchell (focusing on her mother’s side) – https://www.wikitree.com