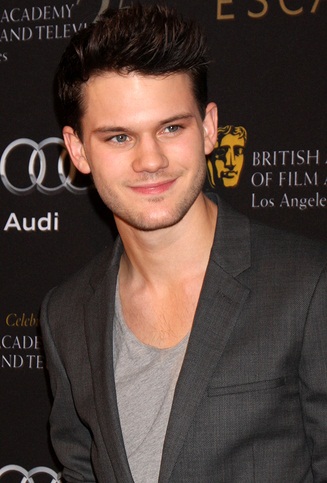 Irvine in 2012, image via Joe Seer/Bigstock.com

Ethnicity: English, as well as one eighth Scottish, 1/32 Channel Islander/Jersey, and distant Irish

Jeremy Irvine is an English actor. He began his career in the film War Horse (2011). He is the son of Bridget Zoe Dorrington (Glockling) and Christopher Fredric Smith. His brother, Toby Irvine, has also acted. Jeremy took on Irvine, the first name of his paternal grandfather, as his stage surname.

Jeremy has roots in Cambridgeshire going back to at least the 1700s.

Jeremy’s paternal grandmother is Kathleen Lilley Turner (the daughter of Sir Ralph Lilley Turner and Dorothy Rivers Goulty). Sir Ralph, a noted philologist and university administrator, was the son of George S. Turner and Bertha S. Lilley. Sir Ralph wrote the quotation used as the inscription on the Gurkha Memorial, London. Dorothy was the daughter of William Howard Goulty and Helen/Ellie Wood Longwill; Helen was Scottish, from Elie, Fife.

Jeremy’s maternal grandfather is Frank Glockling (the son of James Horace Glockling and Annie Florence Heywood). Frank was born in Swansea, Glamorganshire, Wales. James was the son of William Glockling and Charlotte Carter Orton. Annie was the daughter of William Heywood and Lillia Maria Nugent, who was of part Irish descent.

Jeremy’s great-great-grandmother Melinda Ann Dufeu was born on the island of Jersey, Channel Islands; she was the daughter of Matthew Philip Dufeu/Du Feu, who was from Saint Helier, and of Melinda/Malinda A. Stitson, who was English and whose own parents were William Stitson and Ann (likely Ann Abbott).