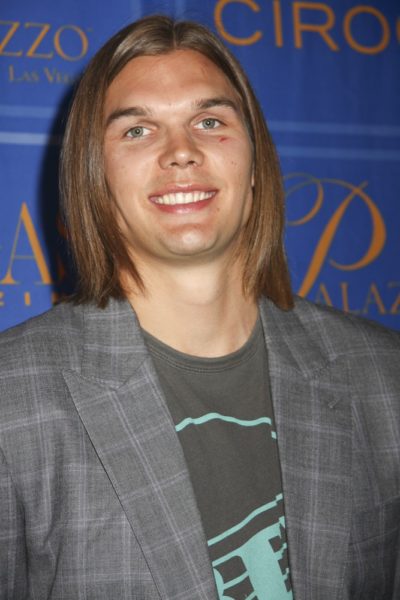 Amundson in 2008, photo by PRN/PR Photos

Lou Amundson is an American professional basketball player. He played for the Kawasaki Brave Thunders of the Japanese B.League, and college basketball for UNLV.

Lou’s paternal grandmother was Viola Ingeborg Telander (the daughter of John Peter Telander/Thelander/Tilander and Ingeborg/Engeberg Christina Salmonson). Viola was born in Minnesota, to Swedish parents. John was born in Jämtland County, the son of Jöns Eriksson Tillander and Greta Kajsa Johansdotter. Ingeborg was the daughter of Nels/Nus Salmonson/Solmonson and Engeberg M.

Lou’s maternal grandmother was Evelyn Purdy (the daughter of William Ward Purdy and Dorothy Coffin). Evely was born in Minnesota. William was the son of The Rev. Edward James Purdy and Charlotte Marie Shipman. Dorothy was the daughter of Wilbur Fisk Coffin and Ellen Brooks.