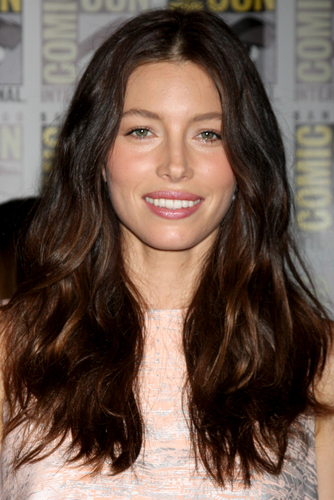 Jessica Biel is an American actress, model, producer, and singer. She is known for her roles in the television drama 7th Heaven, and the films The Illusionist and I Now Pronounce You Chuck & Larry, among many others.

Jessica is the daughter of Kim and Jon Biel. She is married to singer and actor Justin Timberlake, with whom she has two children.

Jessica has Hungarian Jewish (from her patrilineal great-grandfather), Danish (from a great-grandmother), English, as well as some German, Swiss-German, and Scottish, and remote Welsh, Swedish (from the early 1700s), and French, ancestry. Jessica did not know of her Hungarian Jewish background until her appearance on the show Who Do You Think You Are?, in a 2017 episode. She stated:

I never heard any of this before. I’m really surprised… I can’t wait to share this with my dad… [I] never had any sort of religious community at all… [I’m] going to learn a lot more about the Hungarian Jews.

The DNA test stated that Jessica’s genetic ancestry is:

Jessica’s maternal grandfather was Garth Lon Conroe (the son of Clifford Albert Conroe and Mary Frances Eloise Newkirk). Garth was born in Colorado, to a father from Kansas and a mother from Illinois. Clifford was the son of Vernon Eugene Conroe and Ada Butsch. Mary was the daughter of Henry Milo Newkirk and Lillian Lee Cannon.

Jessica’s maternal grandmother is Norma Jean Roberts (the daughter of James Conaway/Conway Roberts and Flora Zobeda Brasier/Brazier). Norma was born in Colorado, to parents from Missouri. James was the son of William David Roberts and Hannah Jane Miller. Flora was the daughter of William “Bill” Brazier/Brasier and Eliza Belle/Bell Pearson.

Genealogy of Jessica Biel (focusing on her mother’s side) – https://www.wikitree.com