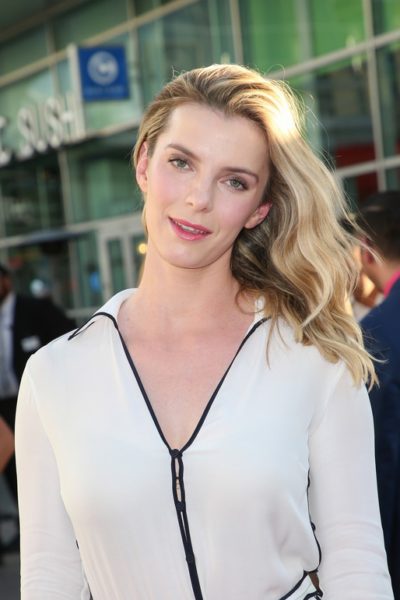 Betty Gilpin is an American actress. She is known for her role on the show GLOW and in the films Isn’t It Romantic and The Hunt. She is the daughter of Ann Folan McDonough and actor Jack Gilpin (John Mitchell Gilpin). Her father is a priest in the Episcopalian church. Betty is married to Cosmo Pfeil.

Betty is a first cousin, once removed, of historian Drew Gilpin Faust, who was President of Harvard University, from July 1, 2007 to July 1, 2018.

Betty is a paternal great-granddaughter of Billy Mitchell, a U.S. Army general, who is regarded as the father of the United States Air Force; a great-great-granddaughter of John L. Mitchell, a Civil War veteran and Democratic politician, who served as a U.S. Senator from Wisconsin, from March 4, 1893 to March 3, 1899, among other duties; and of Lawrence Tyson, a general, politician, and textile manufacturer, who was a Democratic U.S. Senator from Tennessee, from March 4, 1925 to August 24, 1929; and a great-great-great-granddaughter of Alexander Mitchell, an emigrant to Wisconsin, who was born in Ellon, Aberdeenshire, Scotland, and was a banker, railroad financier, and also a Democratic politician, also serving as a Member of the U.S. House of Representatives from Wisconsin, from March 4, 1871 to March 3, 1873, and again, from March 4, 1873 to March 3, 1875.

Sources: Genealogy of Betty Gilpin (focusing on her father’s side) – https://www.geni.com