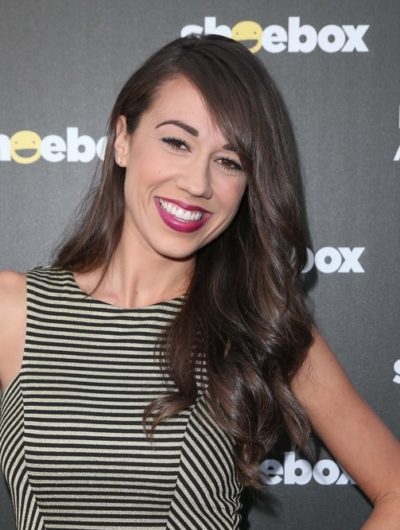 Ballinger in 2015, photo by Prphotos.com

Colleen Ballinger is an American comedian, actress, singer, writer, and YouTube personality. She is known for her Youtube-based character Miranda Sings.

Colleen is the daughter of Gwendolyn and Timothy Ballinger. She is married to actor Erik Stocklin, with whom she has a son.

Colleen’s paternal grandmother is Joanne Florence Wilson (the daughter of Opal Onyx Wilson and Erma Alice Sawistowsky/Sawithowsky). Joanne was born in California. Opal was the son of Jasper L. Wilson and Harriet Hoean “Hattie” Pinkerton/Pickerton. Erma was the daughter of John Basil Sawistowsky, who was born at sea, to parents from Germany, and of Mary Alice Miller.

Genealogy of Colleen Ballinger (focusing on her father’s side) – http://wc.rootsweb.ancestry.com

Genealogy of Colleen’s paternal great-grandmother, Erma Alice Sawistowsky/Sawithowsky (focusing on her own mother’s side) – http://wc.rootsweb.ancestry.com