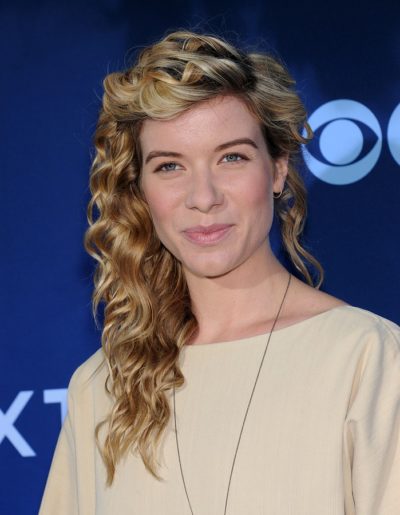 Ferrer in 2014, photo by DFree/www.bigstockphoto.com/

Tessa Ferrer is an American actress. She is the daughter of singer, author, and actress Debby Boone (Deborah Anne Boone) and Gabriel Vicente Ferrer.

Tessa’s paternal grandmother was singer and actress Rosemary Clooney (the daughter of Andrew Joseph Clooney and Marie Frances Guilfoyle). Rosemary was born in Kentucky. Andrew was the son of Andrew B. Clooney, whose parents were Irish, and of Crescentia Koch, whose parents were ethnic Germans, her father from Prussia and her mother from Lorraine, France. Marie Frances was the daughter of Michael Joseph Guilfoyle, who had Irish ancestry, and of Martha Adelia/Delia “Ada” Farrow, who was of English, Scottish, and Scots-Irish/Northern Irish descent.

Tessa’s maternal grandmother is Shirley Lee Foley (the daughter of Red Foley and Judy Martin). Tessa’s great-grandfather Red Foley was a country singer, musician, and radio and television personality. He was born Clyde Julian Foley, and was the son of Benjamin Harrison Foley and Katherine E. Haley. Tessa’s great-grandmother Judy Martin was also a country singer. She was born Eva Alaine Overstake, and was the daughter of Herschel Jewel Overstake and Helen Elizabeth Nalefski, whose parents were from Germany, and who was likely of Polish descent.

Genealogy of Tessa’s father (focusing on his mother’s side) – https://worldconnect.rootsweb.ancestry.com

Genealogy of some of Tessa’s more distant ancestors – http://worldconnect.rootsweb.ancestry.com