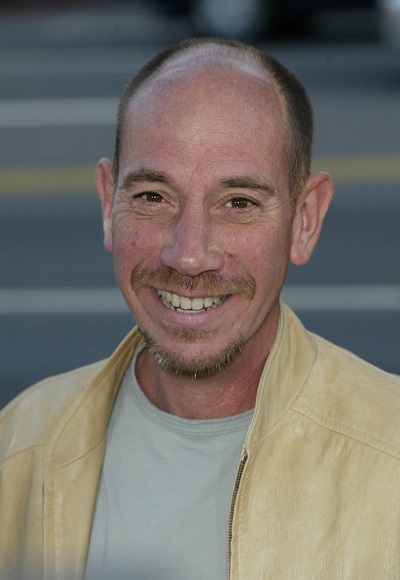 Ferrer in 2004, photo by Prphotos.com

Miguel Ferrer was an American actor. His roles include RoboCop, Traffic, Crossing Jordan, and Twin Peaks, among many others. His father was Puerto Rican Academy Award–winner José Ferrer (born José Vicente Ferrer de Otero y Cintrón), who was the first Latino to win an acting Oscar. His mother was singer Rosemary Clooney, who was of half Irish and one quarter German ancestry, with her other quarter being a mix of English, Scottish, and Northern Irish/Scots-Irish. Among his siblings is actor Rafael Ferrer.

Miguel’s paternal grandfather was Rafael Ferrer y Otero (the son of Gabriel Ferrer y Hernández and Monserrate/Mensenate Otero y Navedo). Rafael was a lawyer and writer, from San Juan, Puerto Rico. Gabriel was a doctor, and advocate of Puerto Rican independence from Spain. He was the son of Andrés Ferrer Rivera, who was from Mallorca, Balearic Islands, Spain, and of Maria Zenon/Venina/Zenoa Hernandez Lanzo, who was from the Canary Islands, Spain. Miguel’s great-grandmother Monserrate was from Vega Baja, Puerto Rico, and was the daughter of Agustín Otero-Martinez and María Francisca De Las Mercedes Navedo-Córdova.

Miguel’s paternal grandfather was Andrew Joseph Clooney (the son of Andrew B. Clooney and Crescentia/Cynthia Koch). Miguel’s grandfather Andrew was born in Kentucky. Miguel’s great-grandfather Andrew was the son of Nicholas Clooney and Bridget Byron, who were Irish emigrants, with Nicholas being from Windgap, County Kilkenny. Crescentia was born in Ohio, the daughter of ethnic German parents, Joseph Henry Koch, from Prussia, and Margaret Fehler, from Lorraine, France.

Miguel’s paternal grandmother was Marie Frances Guilfoyle (the daughter of Michael Joseph Guilfoyle and Martha Adelia/Delia “Ada” Farrow). Marie Frances was born in Kentucky. Michael was the son of Cornelius/Con Guilfoyle, from Tipperary, Ireland, and of Rosanna/Roseanna “Rose” Sweeney, whose parents were Irish, her father from Laois and her mother from Kilkenny. Martha was the daughter of Samuel Tully Farrow and Ellin Breckenridge “Ella” Vanden.

Genealogies of Miguel Ferrer (focusing on his mother’s side) – http://worldconnect.rootsweb.ancestry.com
http://www.wikitree.com

Genealogy of Miguel’s mother (through his cousin George Clooney) – https://famouskin.com

Genealogy of some of Miguel’s more distant maternal ancestors – http://worldconnect.rootsweb.ancestry.com