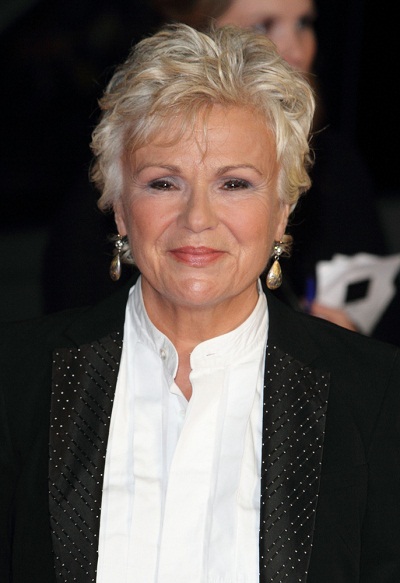 Walters in 2013, photo by Prphotos.com

Julie Walters is a British actress, author, and comedian. Her roles include Educating Rita, Personal Services, Billy Elliot, Calendar Girls, Wah-Wah, Paddington, the Harry Potter films, and television’s Dinnerladies and A Short Stay in Switzerland, among many others.

Her father, Thomas Walters, was English, from Birmingham, Warwickshire. Her mother, Mary Bridget, was Irish, from County Mayo. Julie is married to Grant Roffey, with whom she has a daughter.

Julie’s paternal grandmother was Amy Selina C. Crisp (the daughter of Stephen Henry Crisp and Elizabeth/Eliza Bourne). Amy was born in Birmingham, Warwickshire, England. Stephen was the son of Peter Crisp and Ann Wheatley. Elizabeth was the daughter of James Bourne and Jane.

Julie’s maternal grandfather was Patrick O’Brien (the son of John O’Brien and Maria Buchanan). Maria was the daughter of Cummins Buchanan.

Sources: Information about Julie’s appearance on Who Do You Think You Are?, 2014 – http://www.whodoyouthinkyouaremagazine.com