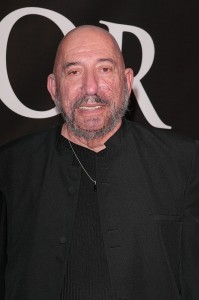 Sid Haig was an American actor, film producer, and musician. He is known for his roles in action and horror films, including, starring as Captain Spaulding in House of 1000 Corpses, The Devil’s Rejects, and 3 from Hell, as well as Spider Baby, Foxy Brown, and Night of the Living Dead 3D, among many others.

Sid’s father, Haig Mosesian, was an ethnic Armenian emigrant, who came to the U.S., c. 1913, from Bitlis, Turkey. Sid’s mother, Roxy/Roxie Bertha (Mooradian), was born in California, of Armenian descent, with her family being from Harput, Turkey. He was married to Susan L. Oberg, until his death.