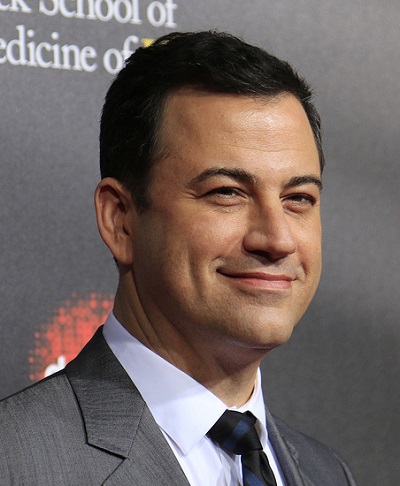 His father, James John Kimmel, is of approximately five eighths Irish, one quarter German, and one eighth Welsh, ancestry. His mother, Joan (Iacono), is of Italian descent. Some of Jimmy’s maternal ancestors lived on Ischia island, located 19 miles from Naples. His family moved to Las Vegas, Nevada, when Jimmy was nine. Jimmy is married to writer Molly McNearney. He has two children with his former wife Gina Maddy; and two children with Molly.

His uncle, police officer Frank Potenza, known as “Uncle Frank,” appeared on Jimmy Kimmel Live! as a regular, his Aunt Chippy, Concetta Potenza, was also a featured part of the show, and his cousin, attorney, comedian, and writer Sal Iacono, has appeared on some of Jimmy’s series. His brother, Jonathan Kimmel, is a writer, director, and producer, and his sister Jill is a comedian.