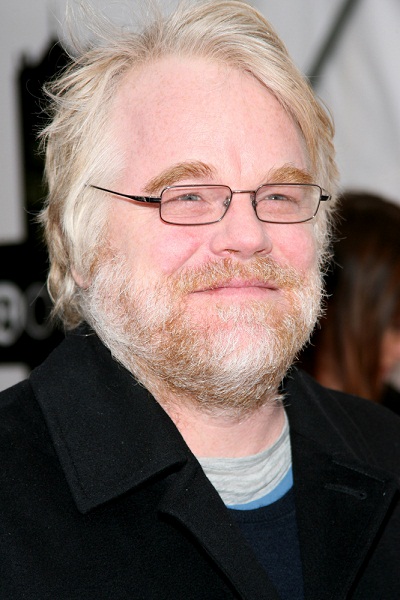 Hoffman in 2008, photo by Prphotos

Philip Seymour Hoffman was an American actor, director, and producer. He won the Academy Award for Best Actor for Capote (2005). He also had noted roles in Boogie Nights, Almost Famous, The Savages, and A Most Wanted Man, among many other films, and stage roles.

He was the son of Marilyn O’Connor (née Loucks), a lawyer and family court judge, and Gordon Stowell Hoffman, who worked for Xerox. His brother, Gordy Hoffman, is a screenwriter and director. Philip had three children, including actor Cooper Hoffman, with his partner, costume designer Mimi O’Donnell.

Philip’s paternal grandmother Geraldine J. Stowell (the daughter of Charles Henry Stowell and Lulu Grant Humes). Geraldine was born in New York, and her ancestry included English and Dutch. Through Gerladine, Philip was also descended from a Polish immigrant named Albrecht Zabriskie, which means that Philip had 1/1024 Polish ancestry. Charles was the son of Charles N. V. Stowell and Lola Mildred Parmenter. Lulu was the daughter of Thomas Jefferson Humes and Augusta Margaret Harrison.

Philip’s maternal grandfather was Seymour N. Loucks (the son of Avery Moses Loucks and Nellie E. Darling). Philip’s grandfather Seymour was born in New York. The Loucks family in New York appears to originate with either Dutch or German immigrants. Philip’s maternal grandfather also had English ancestry. Avery was the son of Moses Avery Loucks and Mary Ellen Laub. Nellie was the daughter of Frank Darling and Jennie/Jane A. Finch.

Genealogy of Philip Seymour Hoffman (focusing on his father’s side) – https://www.wikitree.com