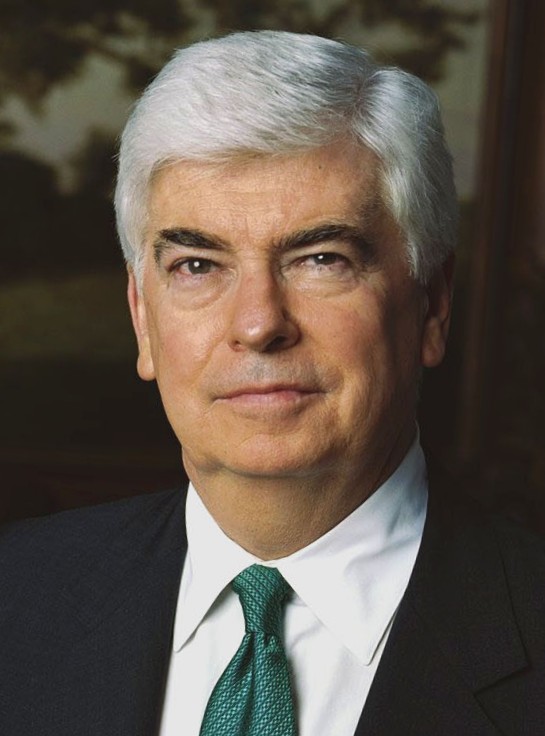 Chris is the son of Grace Mary (Murphy) and Thomas J. Dodd (Thomas Joseph Dodd), who himself was a Democratic U.S. Representative, from 1953 to 1957, and Senator, from 1959 to 1971, from Connecticut. Chris is married to Jackie Marie (Clegg), with whom he has two children.

All four of Chris’s grandparents were born in Connecticut, all of them to Irish parents.

Chris’s maternal grandmother was Helena I. Higgins (the daughter of William Higgins and Mary T. McDonald).

Genealogy of Chris Dodd (focusing on his father’s side) – https://www.geni.com