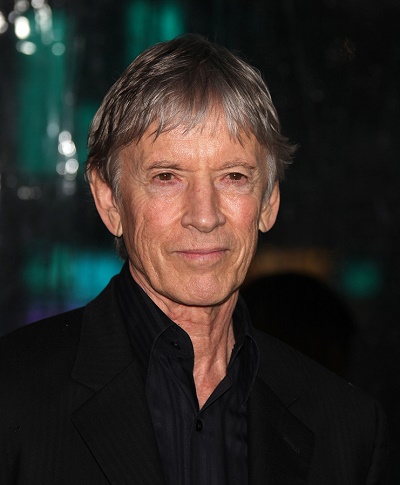 Glenn in 2011, photo by DFree/Bigstock.com

Scott Glenn is an American actor.

Scott has Scots-Irish/Northern Irish/Irish, Scottish, English, some German, and remote French, ancestry. Scott is also listed on the internet as having Native American roots. It is not clear if this Native American ancestry has been verified/documented.

Scott is married to model Carol Schwartz, with whom he has two children. Scott converted to Judaism in the 1960s, when he married Carol.

Scott’s paternal grandmother was Martha Isabelle/Isabella “Mattie” Null (the daughter of Samuel Harmon Null and Joanna/Joana/Johanne Jack Robertson). Martha was born in Pennsylvania. Samuel was the son of Joseph Null and Esther/Hester “Hettie” Myers. Joanna was the daughter of Joseph Robertson and Isabella Bovard.

Scott’s maternal grandfather was Gerald Starkey Glenn (the son of Robert Morris Glenn and Carrie/Cara Lincoln Starkey). Gerald was born in Pennsylvania. Robert was the son of Benjamin Fisher Glenn, whose father founded the Frankford Society, and of Mary Atkin/Aitkin. Carrie was the daughter of George Rogers Starkey and Caira Skelton.

Genealogies of Scott Glenn (focusing on his mother’s side) – http://worldconnect.rootsweb.ancestry.com
https://www.geni.com